Born & raised in New York, Bryan Ricci always had a desire & an ability to make people laugh. He started his comedy career in Arizona in 2001 & now headlines comedy clubs across the country. In addition, Ricci has been regularly entertaining our troops overseas. He has done six tours to date & has performed at military bases worldwide, from Italy to Africa.

Bryan’s notable accolade was winning 1st place at the 2010 AZ Laugh Off at The Tempe Improv. Bryan’s radio show “The B and Gass Show” was voted “Best Comedy Radio Show” by The Phoenix New Times. He has also worked with some of the biggest stars in the business, including Louis CK & Katt Williams, and some Comedy greats such as DL Hughley, Jamie Kennedy & Josh Blue. Bryan is one of the fastest rising stars in stand-up. His wide range of topics appeal to all walks of life & his ability to turn his obstacles into laughs makes him unique & highly memorable. 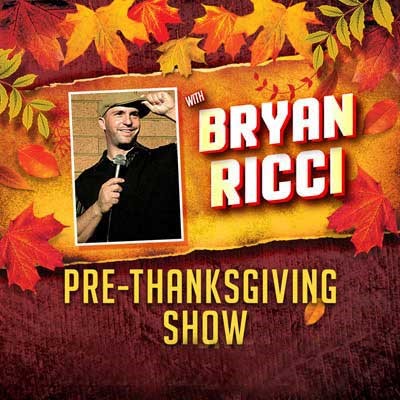