Every year, we get many fresh new people to hit the stage to try out stand-up comedy. Some do it for friends, family, as a bet, or even to scratch it off the bucket list. Of course, a few of these individuals will catch the “bug” and want to get on the stage as often as possible as they see potential in this new endeavor. But there are even smaller few who go on to be that next best thing to the comedy world. One of these comedians on this lineup might be that person.

Each of these comedians with less than a year of comedy under their belt will be critiqued & given viable feedback on their set writing skills, stage presence, and delivery, all in front of a live audience! Hopefully, this feedback will be helpful information for them to continue honing their skills! We, Major, Presents The “New Funny” Comedy Showcase!!
Hosted by: Lamar Mitchell J.R. 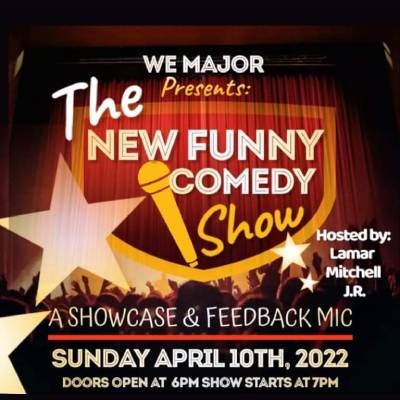