Show 1: 7pm / Show 2: 9:30pm –
Tanyalee Davis is a 3 foot 6-inch standup comedian who inspires, enlightens & entertains her audiences all while headlining at comedy clubs, colleges & comedy festivals throughout North America, the UK & other parts of the world. Davis has had a wide range of success in her career, performing “Little Comedian, BIG Laughs” just off the Las Vegas Strip & is currently part of “Abnormally Funny People,” an ensemble show performing throughout the United Kingdom. In 2007 Tanyalee premiered her first one-woman show called “Little Do They Know” at the Edinburgh Fringe Festival, where she received 4-star reviews from her performance. Additionally, working on the “Austin Powers 3: Goldmember” movie teaser was a highlight of her career. In addition, Tanyalee has been on MTV’s Bash, Insomniac with Dave Attell & Last Comic Standing. This Canadian-born comic is currently making the stage her home by touring worldwide & bringing the funny! 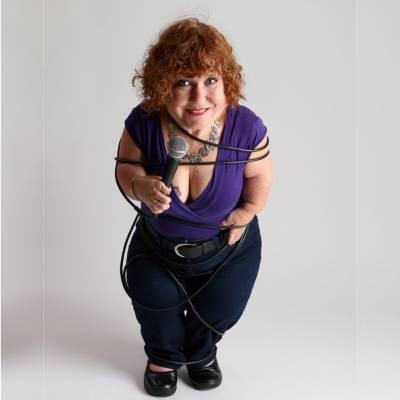