Blues
The Black Hole is a dynamic blues trio from Phoenix, Arizona. They have played over 3,000 shows in 35 countries & in over five continents. The band’s members include drummer Levi Velasquez, bassist Joe Edwards & guitarist/vocalist Connor Kelly of the Phoenix rock band & winners of rock legend Alice Cooper’s ‘Proof is in the Pudding’ Battle of the Bands, Verry Cherry. The Black Hole was formed in 2012 as the touring & recording band for international blues icon Carvin Jones. The Black Hole came from a European Blues Break Magazine review which referred to the duo as “a rhythm section so dense & tight that they form a black hole of sound from which light could not escape.” The members of The Black Hole have individually & collectively collaborated with artists from several genres all over the world. They are currently recording their latest record, which will be released internationally in 2022, followed by a European Tour. 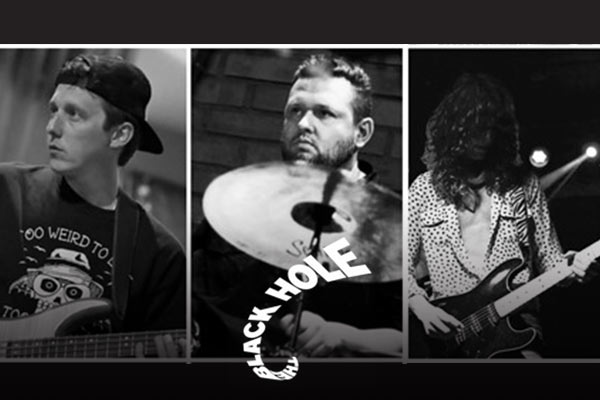