Why Not Me? Tour

Comedians Mal Hall & Erik Rivera are betting on themselves & hitting the road with the “Why Not Me?” Tour. Mal Hall most recently appeared on FOX’s “Laughs” & was a finalist on NBC’s “Stand Up For Diversity” he can now be seen touring the country with Anjelah Johnson! He’s a comedian to keep your eye on as he prepares to release his first-ever DryBar Comedy Special this year, “Smartest Child.”

Erik Rivera is a force to reckon with – his half-hour special “Super White” is currently streaming on HBOMAX. He also produces & hosts “Brown-ish,” the hottest all-Latinx showcase at the World-Famous Laugh Factory! Together Mal & Erik bring a hilarious and relatable show that audiences rave about! 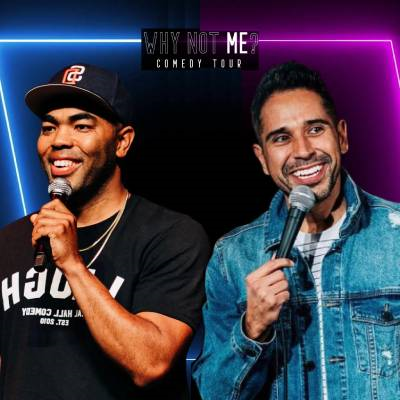