Born & raised in Phoenix, Arizona, Danielle Durack emerged onto the indie-rock music scene with a refreshingly earnest & unpretentious sound. A true child of 2000’s pop, Durack’s music has always boasted saccharine hooks, streamlined songwriting & a penchant for the dramatic. Her debut, 2017’s Bonnie Rose, was a direct descendent of the 00’s singer-songwriter pop era, evoking Regina Spektor & Sara Bareilles, accomplished pop craftswomen & Durack’s childhood idols. This year, Durack released No Place – a self-professed breakup record & a towering achievement, both its lyrical honesty & musical ambition. No Place is Danielle Durack at her most refined & focused. It is both the most vulnerable & the most poised she has ever been on the record. Propelled by its standout singles – the fuzzy & sarcastic “Broken Wings” and the slow-burning “Eggshells” – the album drew the attention of Pitchfork, NPR, Uproxx, among other prominent indie music outlets. As a result, Danielle Durack is rapidly solidifying as a must-know name if you care about indie rock’s next-gen. 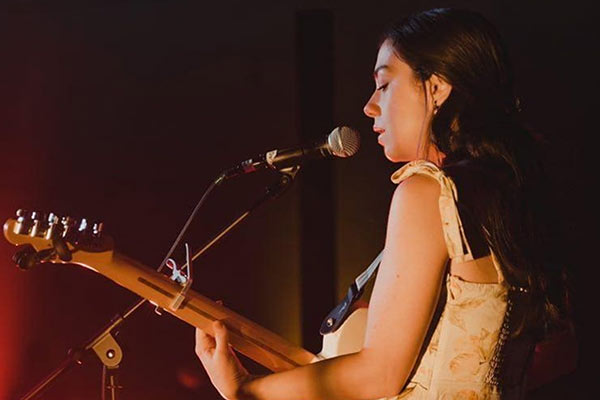